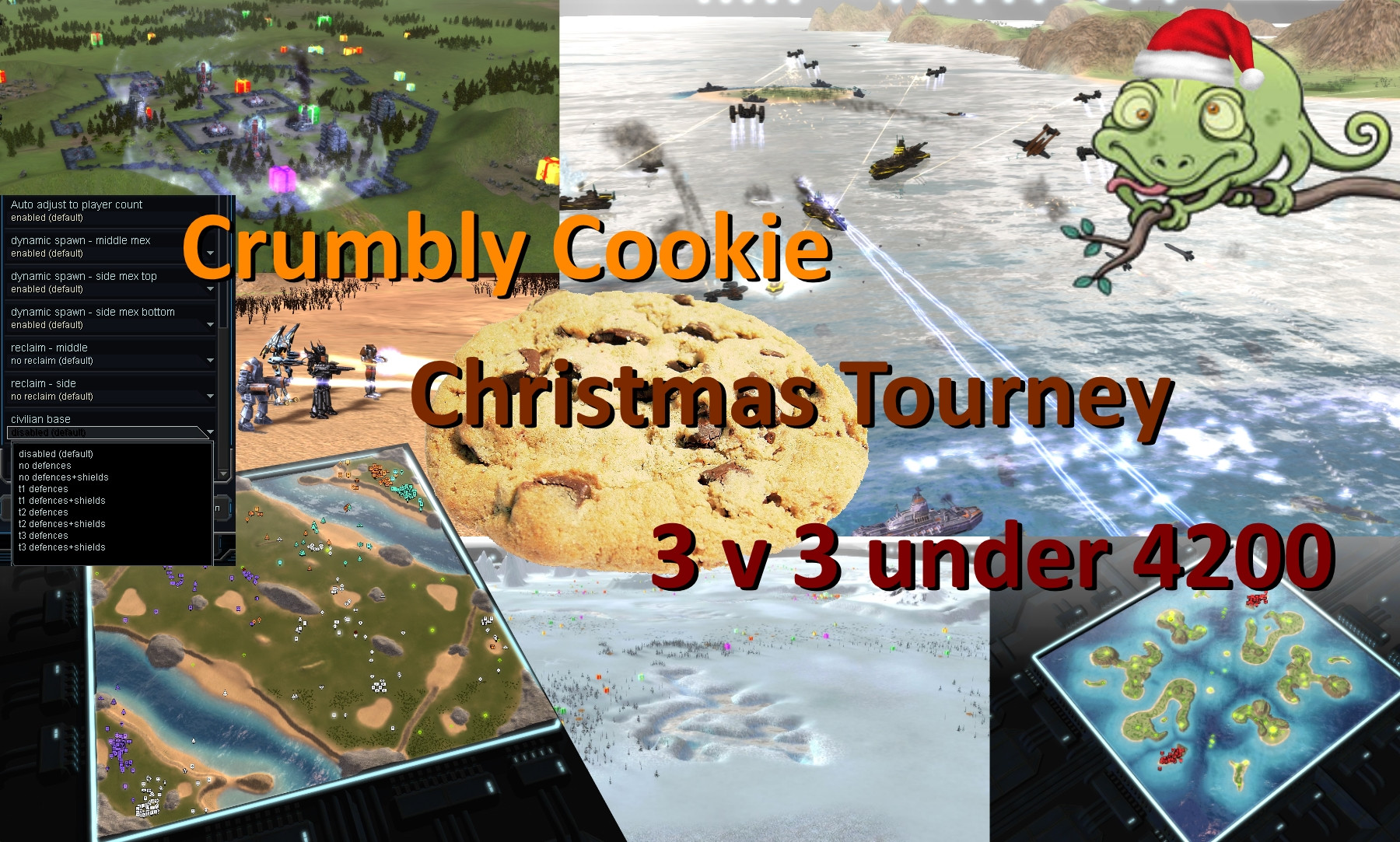 If you are not sure if CookieNoob did the timezones correctly: the CET time is the one which counts! http://www.worldtimebuddy.com/
or use this: https://time.is/CET

The tourney will use an experimental tourney bot, which will allow to reshuffle the teams that are above the rating restriction or not complete. So if your teammates don’t show up, just join the channel and we will find a solution. If you want to sign up and don’t have a team, you can also register as single player without team and let the tourney bot decide. Predefined teams of 2 players are not possible ATM (in this case try to find a third person). Make sure to spell your name and the name of your teammates correctly.

The rating limit is relatively low, but the goal is to get as many players in the tourney as possible and also include low rated players. The reason for that is that FAF currently loses about 70-100 players per day (~the same as currently register every day). Most of them leave in the first few month. There is a bit of data for that and I fitted a few diagrams on that and it turns out that approximately 10% leaves after the first month, then there is some exponential decrease until ~5 month after the registration. Less than 20% of the players that register on FAF remain after that time. After that it stays constant more or less. These numbers are absolutely horrible.

So having this in mind, it would be great if all of you would ask some lower rated players to form a team with you or just play with lower rated players if you signup alone and get an automatically generated team with them. Get them on Discord, Mumble or Teamspeak and help them with their game (this makes a huge difference already, both for their experience and their performance).

Toxicity will not be tolerated at all.

Important: if at least one player wants to play as nomads, the game has to be hosted using nomads.

The rounds will use different game modes:

Tournament style:
Double elimination, swiss style if there are less than 8 teams.